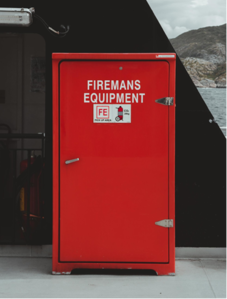 Surely, as a company owner, you would consider installing a fire protection system to safeguard your workers and building, correct?! – A dependable firefighting equipment in Sharjah and an alarm system are the first step in preventing serious accidents and extensive property loss. Team Work Holding can assist you in selecting an appropriate firefighting system for your house or company. 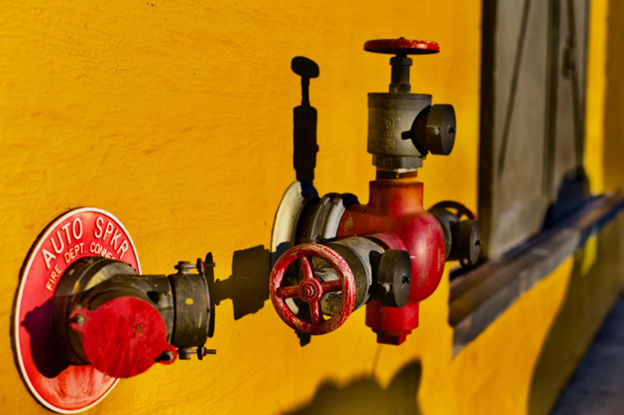 Water is the cheapest, most important, most effective, and most eco-friendly way to put out a fire. Due to their indispensability, every sector dealing with combustible liquids and chemicals must prioritize water fire-fighting equipment in Sharjah. The functioning of any water-based fire fighting equipment in Sharjah and its best efficiency are entirely dependent on a sufficient water supply. At Team Work Holding, fire fighting supplier professionals examine your structure, and develop and install the most appropriate system, fire fighting companies in Sharjah has a keen eye for the smallest of details.

Fire Sprinkler Systems are an effective component of any fire fighting equipment in Sharjah, functioning as the first line of defense against unexpected flames. A fire sprinkler system supplies sufficient water to extinguish flames before they may spread uncontrollably. These wet pipe systems have demonstrated their usefulness in preventing major damage while reducing dangers. Sprinklers in the Sharjah are available in a variety of designs based on pressure, reaction time, droplet size, and other factors.

The Fire reel hose Cabinet is a steel cabinet that is installed in public spaces and buildings to store the necessary firefighting equipment in Sharjah. It is meant to safeguard from theft and debris the fire hose rack assembly, fire extinguisher, and fire hose reel. 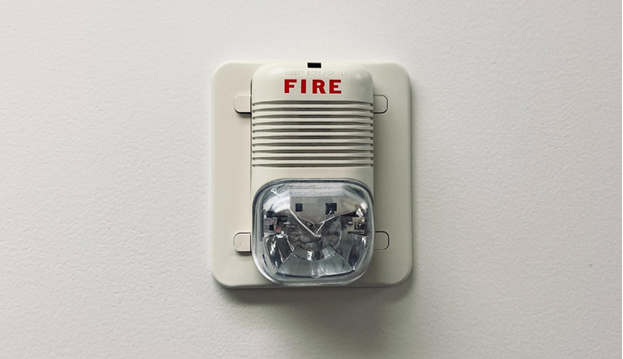 Normal extinguishing chemicals, such as water and foam, may be hazardous in areas where the gas protection system performs well. This technique is often used in locations containing electrical equipment, such as computer centers, electric switch rooms, and engine testing facilities. This firefighting equipment in Sharjah operates on the idea that gases absorb heat and weaken the fire by diminishing the oxygen content, causing the flames to smolder. 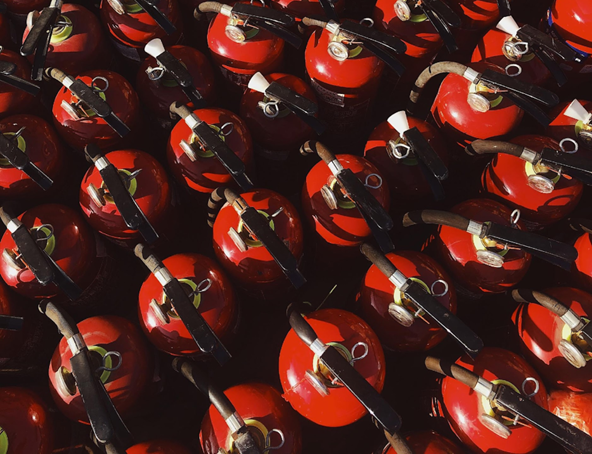 Inergen gas fire fighting equipment in Sharjah is environmentally and user-friendly. The device is meant to detect smoke immediately and extinguish any dangerous fire. Due to its unique characteristics, the INERGEN gas system does not hurt the occupants or the property's equipment. Composed of several gases that are easily inhaled, such as nitrogen, argon, and carbon dioxide, the system does not cause individuals to have difficulty breathing.

C02 firefighting equipment in Sharjah is ideal for locations including flammable storage, generator rooms, and power stations. Because it releases CO2 gas to extinguish fires, the device can only be put in locations with no or few occupants. As a colorless and odorless gas, the system helps keep the devices and equipment in any given place working well. After the fire has been extinguished, CO2 gas will not leave any residue in the area where the fire occurred, allowing for simple cleanup. The method works because it lowers the amount of oxygen, which is a gas that helps fires start. It also contains compounds that lower the room's temperature to assist in extinguishing the fire. Thus, the technique avoids the chance of the fire spreading and puts it out.

Aerosol firefighting equipment in Sharjah extinguishes dangerous flames by releasing micro agents and reducing gasses. Micro particles in the system are in a vapor state until they are released from the device. Through a series of chemical events, the condensed vapor is transformed into solid particles. Aerosol systems minimize the flammable heat and oxygen in the air, helping to extinguish dangerous flames. The firefighting equipment in Sharjah effectively extinguishes flames of classes A, B, and C. 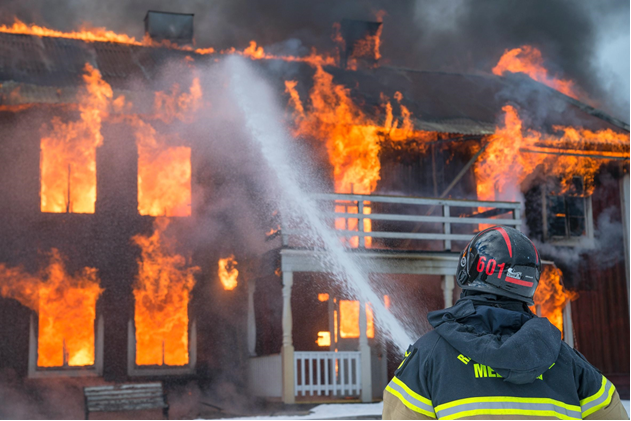 One type of firefighting equipment in Sharjah is the Water Mist system, which puts out fires by spraying fine mists of water. The better water is at putting out a fire, the smaller the droplets are. It's a safe alternative to systems that use carbon dioxide, which is bad for your health. There are low, medium, and high-pressure water mist systems. Each one works well in different fire situations and causes the least amount of water damage. The small droplets cool the flames by removing oxygen as they evaporate and reducing the heat so that the fire doesn't start up again.

The foam firefighting equipment in Sharjah works by separating the fuel from the oxygen and making a blanket of tiny air bubbles out of the foam. Foam is made of three things that are mixed in a certain way: water, foam, and air. This foam blanket keeps flammable vapors from escaping, which stops any more chemical reactions and puts out the fire. A list of home firefighting equipment in Sharjah

This list of firefighting equipment in Sharjah may change depending on the age, size, and type of building. Any building for a business must have at least one of the following: