Why do you need earthing and lightning protection equipment in Abu Dhabi? 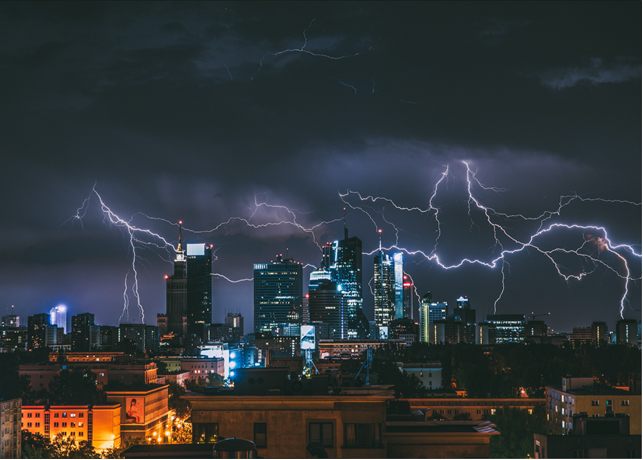 Let's go further to comprehend what earthing and lightning are and how they function. Let's discuss earthing first.

Electrical Earthing is the transmission of electrical charge to the ground through a wire with very low resistance. The component of the equipment that is ordinarily at zero potential is linked to earth. The neutral of a three-phase, four-wire system is also linked to the ground.

Under ideal circumstances, it is undesirable to send electric current to the ground or earth in a power system. The equipment is intended to safely carry the rated current. However, when the electrical equipment has served its purpose, its insulation can fail. When equipment insulation fails, the metallic casing becomes electrically charged.

Anyone who contacts the enclosure at the moment of failure will get an electric shock. To safeguard the equipment and person, it is required that the metallic enclosure of the electrical equipment acquires a potential equivalent to the earth's potential at the moment of fault occurrence. By earthing the metallic enclosure or frame, the fault current can be sent to the earth. Earthing is the technique of redirecting fault current to the ground or earth. Earthing refers to the transmission of electric energy to the ground through a low resistance channel during earth fault circumstances.

The electrically conducting body or enclosure of the electrical equipment, which has no electrical potential when there is no problem, is linked to the ground or earth by a strip of galvanized iron with sufficient current carrying capacity. This practice is known as electrical earthing equipment in Abu Dhabi. When there is no fault in the system or there is a balanced current in all three phases, the live portion of the supply system is referred to as a neutral point that is at zero potential and is linked to the earth pit. This method is known as system earthing.

The earthing or grounding offers the least impedance channel for fault current, thus fault current swiftly dissipates into the ground and defective phase potential promptly falls to zero, equivalent to earth potential. Thus, the earthing system safeguards the system, the equipment, and the workers in the vicinity. 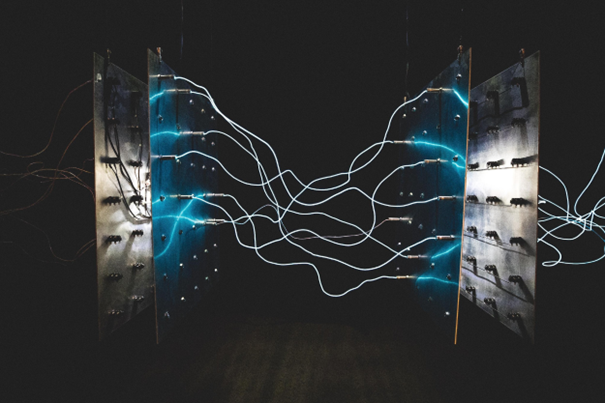 Neutral earthing is given in star point-equipped equipment. Through a GI strip or GI wire, the neutral of a transformer or generator with neutral points are directly linked to the ground. In normal functioning, the neutral point has zero potential and no current flows from there to earth.

In the event of a fault, however, the fault current flows from a neutral point to the ground. This sort of earth is known as system earthing or grounding. There are three types of neutral earthing: solid earthing, resistance earthing, and reactance earthing.

The metallic frame or enclosure of electrical earthing equipment in Abu Dhabi. Is linked to the ground through a conductive GI strip or GI wire.

To guarantee proper earthing, two unique points of the frame are linked to two distinct earth holes in two-point earthing. In the event of a failure, the current flows from the device's frame to the ground, protecting the equipment, power system, and person.

Why is Earthing Critical?

Earthing is a crucial component of electrical installation and must be performed by the regulations. To guarantee the accuracy and readiness of the earthing system, it must be inspected often. The earthing is of utmost significance for the reasons listed below. 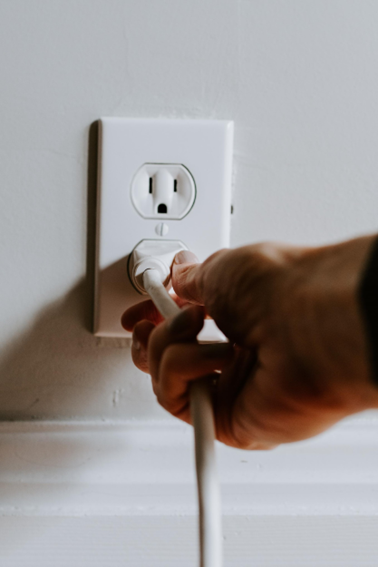 The electrical earthing equipment in Abu Dhabi protects the equipment against high voltage generated by a fault, transients, or lightning because the fault current flows down the earthing system's channel with the lowest impedance, causing the potential to drop to zero.

Consequently, any electrical equipment frame or enclosure must be earthed from two places, and there must be two distinct ground trenches. In addition, there must be a separate earthing circuit for system earthing. The GI strip or wire connecting to the neutral point must go over the insulators and connect directly to the earth pit.

How can Earthing protect against an electric shock?

If the metallic enclosure of electrical equipment is not grounded, the enclosure attains the live potential if an insulation failure causes a fault in the device. Now, if a human contacts the cage, his body will acquire the life potential, and the current will finish its journey through his body. The amplitude, duration, and frequency of the current determine the intensity of the shock. The size of the current running through the human body has the following impacts.

A current of 30 milliamperes flowing through the human body can induce electrocution. Therefore, if the leakage current is 30mA, an Earth Leakage circuit breaker is employed to isolate the problematic circuit.

Now, if the equipment frame or enclosure is connected to the ground, the live potential achieved by the metallic enclosure will quickly decrease to zero, since the metallic frame is at zero potential. Therefore, when equipment is earthed, the fault current does not run through the human body and instead sinks straight into the ground.

What type of lightning protection methods can be used for humans and structures?

Using low impedance and complementary conductors to make one or more "preferred attraction points" for a direct lightning strike is one of the most important ways to protect against lightning. After that, these parts guide the high lightning currents most safely into the ground. With such a well-thought-out system, the lightning can be stopped and moved, while the building and people are kept as safe as possible.

In a nutshell, there are four types of lightning protection and prevention systems that can protect buildings and people from lightning:

In 1753, President Benjamin Franklin came up with the first lightning protection systems that we know of. This type of lightning protection consisted of a tapered copper rod that was usually 6 meters tall and wrapped around the building to protect it. The rods were connected to two separate down conductors and two earthing systems.

The protection radius of this type of lightning rod, which was up to 30 meters, was very strict. It can only be used to protect small areas or structures, like homes, chimneys, water tanks, watch towers, air masts, and gardens.

Lightning protection using the meshed method was first used in Faraday cages. It consists of a few meshed conductors that cover the roofs and side walls of the buildings, while traditional lightning rods only protect certain points with their rod system.

In action, air conductors made of mesh are placed along the edge and sides of the roof and on the highest points. Such a network of wires is surrounded by a perimeter that goes all the way to the ground. The size of the mesh can be between 4 and 16 meters, depending on what kind of protection the building needs.

For safe earthing of electricity, the top parts of the down conductors are connected to the walls, then to the woven parts of the roofs, and finally to the bottom earthing systems.

In this method, the structure that needs to be protected by a Faraday cage would first be covered by linked conductors, just like in the meshed method technic. So, there is a continuous, linked-conductor path from the parts at the top of the building, including the earthing materials, to the earthing unit. This installed cage has a lot of "attractors," which are made of conductors that are connected along the X-axis. These are then connected to an earthing system. This conducting system should be connected to any metal parts on the roof or top area that are connected to the earthing, whether on purpose or by accident. If the heights of different parts of the structure are very different, the lowest attractor/conductor unit should be connected to the down-conductors of the highest parts as well as having its down-conductors. It lets the lightning protection system draw lightning strikes and send them safely to the ground.

The basic idea behind an Early Streamer Emission (ESE) type lightning air terminal is to protect a certain area within a certain radius (usually 10 to 107 meters) by creating artificial ion waves with its ion generation devices. This makes it more likely that lightning will strike through the high-potential electricity atmosphere earlier than with other types of lightning protection systems. The DeltaT(T) value of an ESE can be used to measure its Early Streaming Capacity. In NFC 17-102/2011 ESE Standard, the projected DeltaT values of ESEs are given as being between 10 and 60 microseconds. Lower and higher values can't just be assumed and judged as ESE. Please click here to find out more about ESE lightning protection logic. 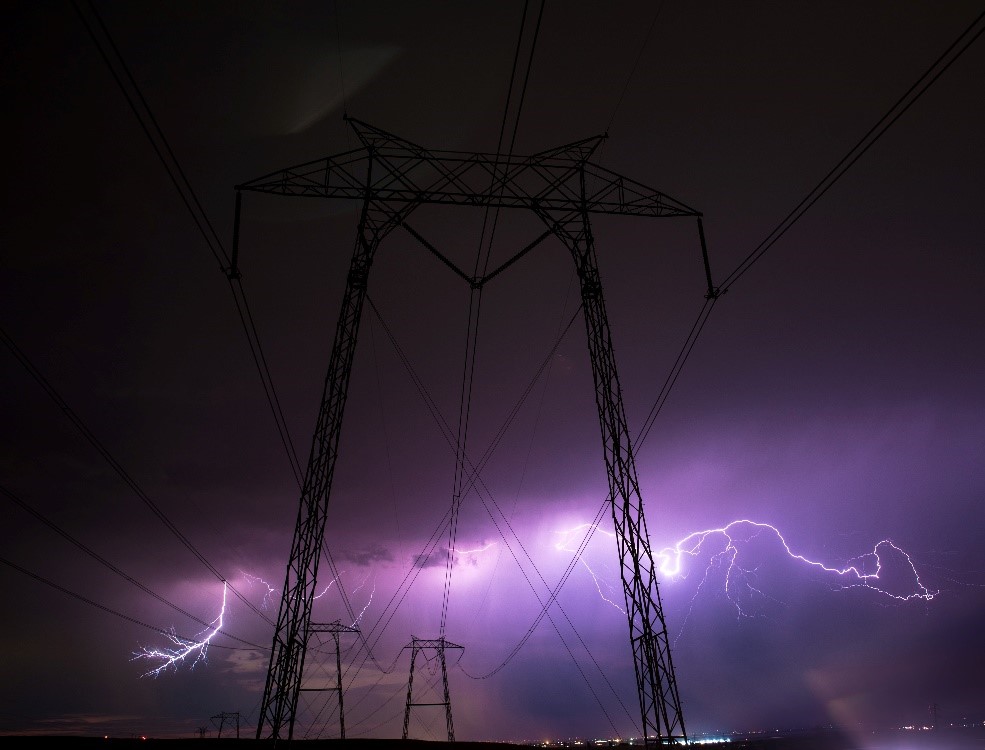